Clear, flawless skin can help you exude confidence and is an outward reflection of your overall health. For the beauty-conscious, the last thing you would want is for white patches to mar the appearance of your complexion.

White marks caused by conditions such as vitiligo, hypopigmentation, pityriasisalba, and malnutrition should not be confused with the more treatable tinea versicolor, a condition commonly known as white spots.

Vitiligo and hypopigmentation are two of the more common conditions which give rise to white marks. The former is a hereditary condition in which the cells that produce melanin either die or stop functioning properly. The latter, on the other hand, is characterised by a lack of skin pigment. Unfortunately, there is no cure for these conditions; the only solution is to use cosmetic concealers to camouflage the white patches.

Pityriasisalba, another such condition, mostly occurs in children and can be characterised by tiny white, scaly patches confined to the face, arm, and neck regions. Minimising sun exposure and applying sunscreen regularly is essential in protecting the skin from getting tanned and to reduce uneven skin tone.

White marks can also develop from malnutrition, particularly when there is a deficiency in vitamin D, vitamin E, or calcium. However, such white marks are often harmless, and can be reversed by eating a healthy, balanced diet as well as taking dietary supplements. Do consult your healthcare professionals for in-depth advice regarding the care and treatment options available.

Tinea versicolor is caused by fungi that is normally found on the skin of healthy adults. The fungi generally does not cause any skin problems unless there is an imbalance that results in its growth exceeding the normal range.

Factors that contribute to the overgrowth of the fungi include oily skin, excessive sweating, warm climates, high humidity, and immune system or hormonal imbalance. The overgrowth of fungi on the skin causes the area to change colour, seen in the ensuing small white, brown, or red spots. The most common areas affected are the shoulders, back, chest, and face.

The skin discolouration from tinea versicolor is usually not permanent, and the overall colour tone will even out, albeit taking up to several months. Since this condition is caused by fungi, simple over-the-counter anti-fungal treatments can help to eradicate the symptoms. Alternatively, topical formulations containing selenium sulfide can help in eliminating the white spots.

In essence, our external appearance plays a role in how we feel internally. Stop suffering in silence and take this opportunity to rid yourself of those dreaded white spots. 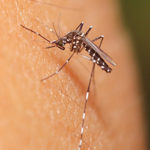 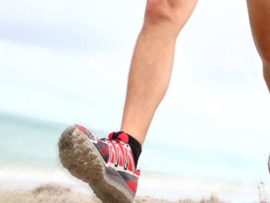 Arm Yourself Against Athlete’s Foot 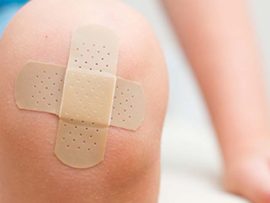